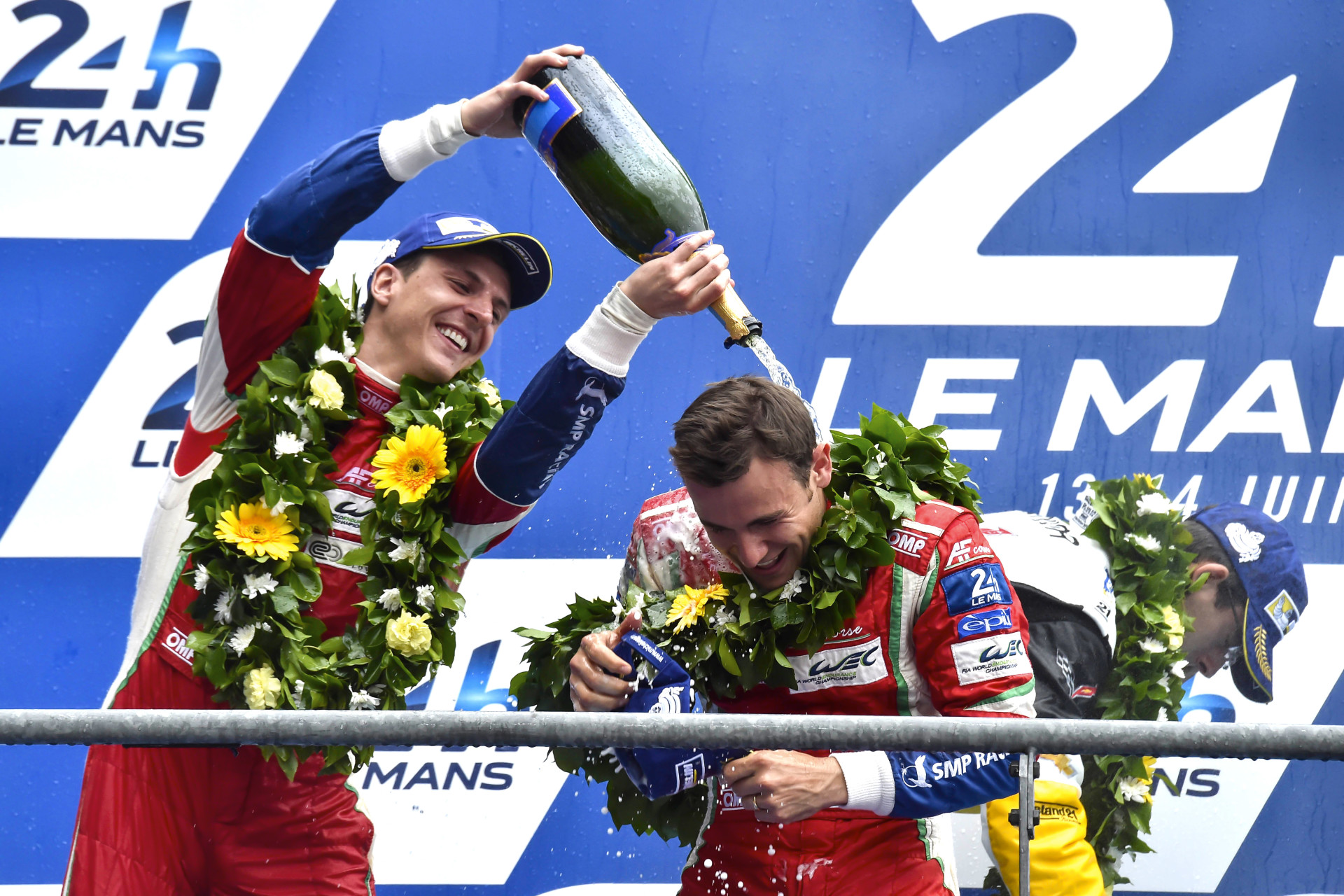 Racing in the 24 Hours of Le Mans is fantastic, but it’s going to be wonderful when you took the second place and the podium in the best race of the Endurance championship. A long unforgettable marathon where Davide, James and Olivier had very hard moments since the start of the race.

Davide Rigon, James Calado and Olivier Beretta took the checkered flag of the world’s most important endurance race in second position with the Ferrari 458 Italia #71. Just behind, the winners in 2014 and 2012 of the “La Sarthe” race: Gianmaria Bruni, Toni Vilander and Giancarlo Fisichella in their Ferrari 458 Italia #51. The trio when gained the top, a gearbox problem forced their Ferrari 458 Italia to the box for a pit stop to solve the problem. Even breaking the starter motor, replaced in 20′ by Amato Ferrari mens, stopped their race.

“An outstanding performance in what is heralded as perhaps the most prestigious as well as challenging of all endurance racing earned my AF Corse team and me, a fantastic second place spot on the podium of the 24 Hours of LeMans. Congratulations to the team, Ferrari and all of the fans of both! Our race was incredible especially during the night even for the penalty. A second place which is like a victory for me and James, it’s our second time here at the 24H of Le Mans” said Davide.

In the GT Cup Drivers, Bruni and Vilander are always first with 61 points, Davide Rigon and James Calado are second (57). Ferrari is firmly leader in the GT Manufactures.