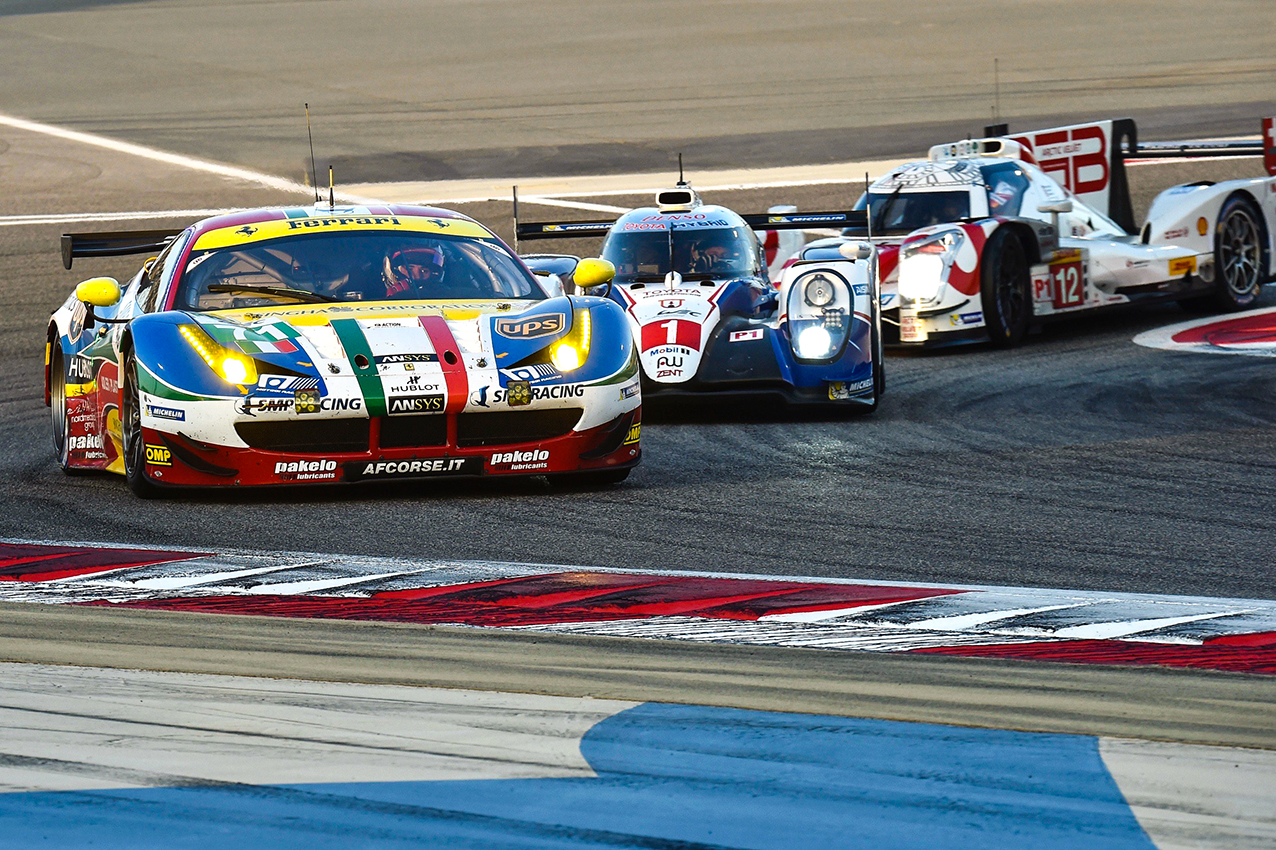 The entire weekend was full of dramas for the Anglo-Italian duo, Davide’s best time (1.58.020) was not enough to catch up the title.

The race of  Davide Rigon and James Calado, was affected by bad luck. Calado started fast from the 7th position on the grid and the #71 gained the podium positions. The third pit stop came at just over the halfway mark and at that point something went wrong with car #71, which lost its left front tyre four laps from the pit stop. Davide Rigon went straight back to the box to limit the damage but the 458 Italia #71 resumed in sixth.

“It was a frustated race. We knew the drivers’ title was not so easy to win, but we were sure to be in the first positions to get the Constructors’ title. We raised the classification from the last position, but the problem to the wheel was fateful. I did a good crono during the qualification, but we have been disqualified to crossed the white line. During the race we were very fast, but it is what it is. Races are unpredictable.
I’m happy I’m growing up on this Championship, we are very close right now to our team mates. Now we can start to work on the new Ferrari 488 and get back on track soon for the next season. We will be faster and harder then this year, I’m sure”.