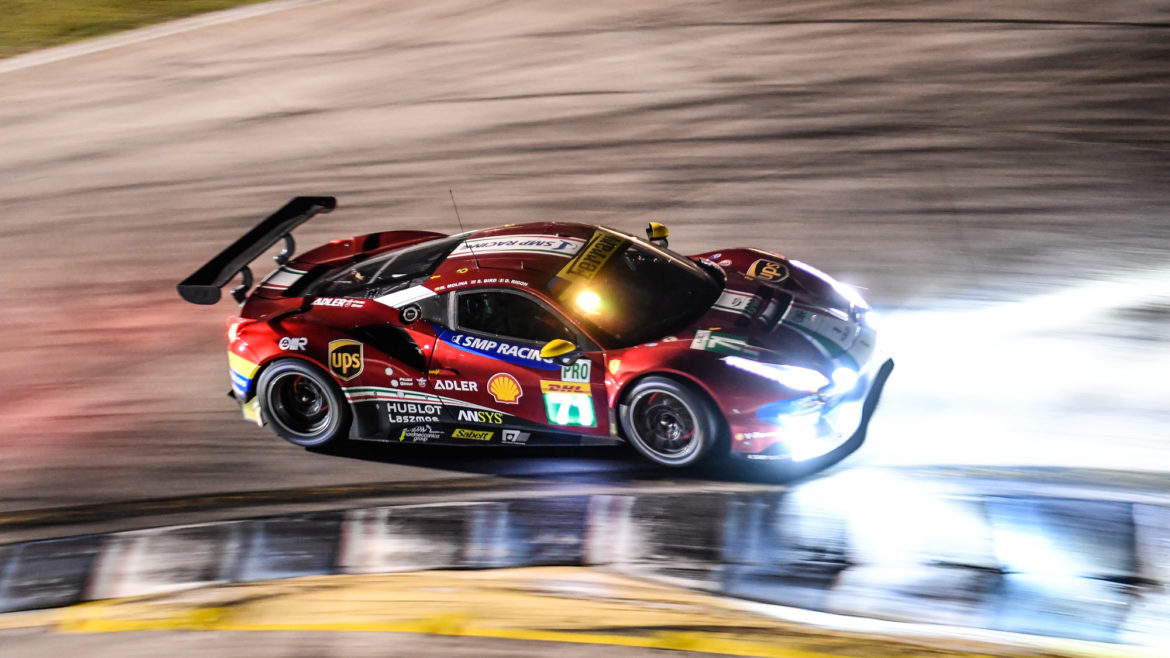 P6 under the Sebring heat

P6 under the Sebring heat, a very hot race with high temperatures. I was at the Start with medium tires, it was going ok staying in P6 for my entire turn, then we had problems with the motor so I had to slow down. We went down in P9, then Sam got in the car,… 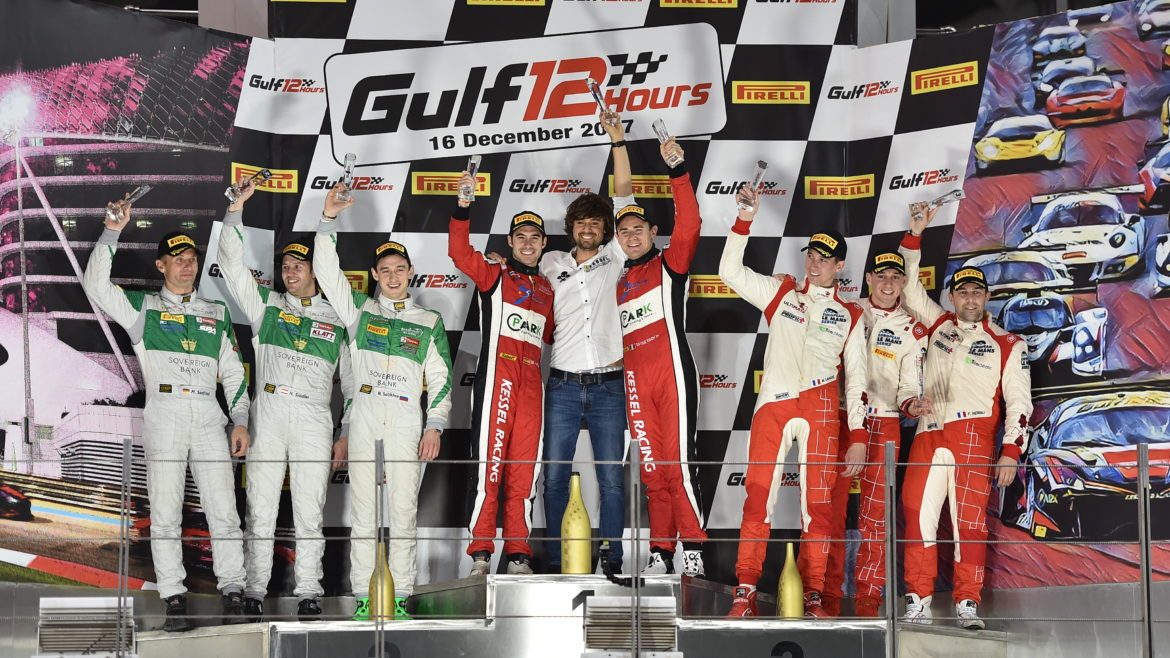 The 2017 Gulf 12 Hours marks the fourth consecutive victory at the beautiful track in Abu Dhabi. It was a beautiful race in which I took not only the victory but also the fastest lap for the GT category. Everything went really well, despite several safety car situations that continually took away the advantage we… 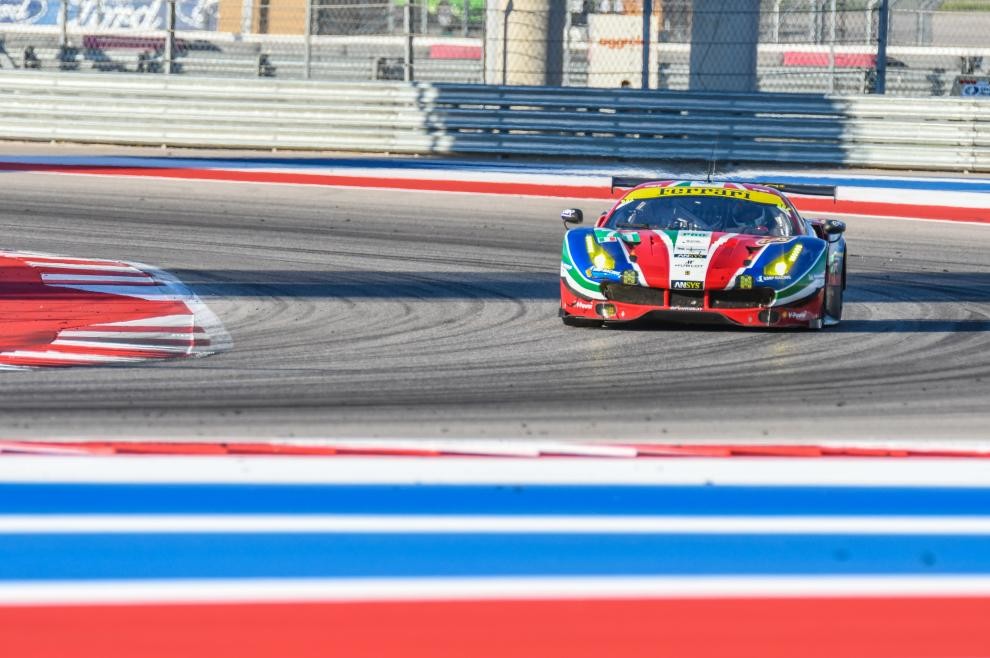 A real tought fight here in Texas. We had a pretty good start considering how much the Aston Martin was fast, I tried to catch up them, but they were way too fast, anyway I was doing pretty good staying in the second position. We didn’t have any issue on the car, but during the… 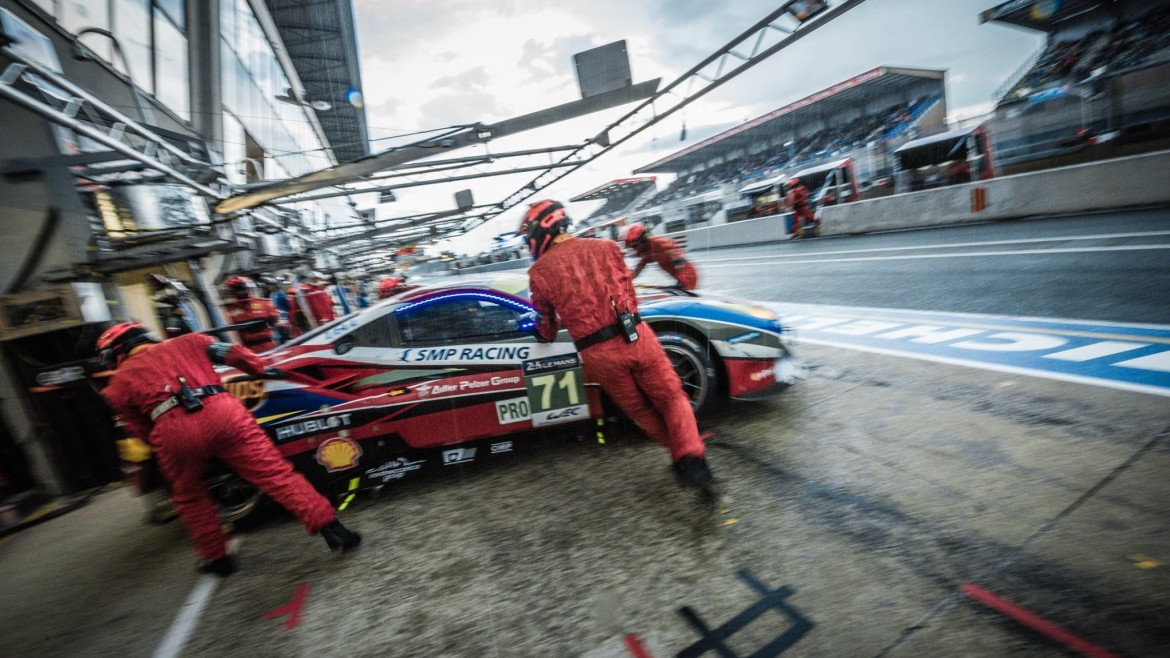 Really bad luck @ Le Mans 24 Hours for #71. Since the hour 2 we had some small problem on our car, we were not so fast as we wanted, we knew to can’t fight for the first position, anyway we were working to get the best position we could, mostly to have points for… 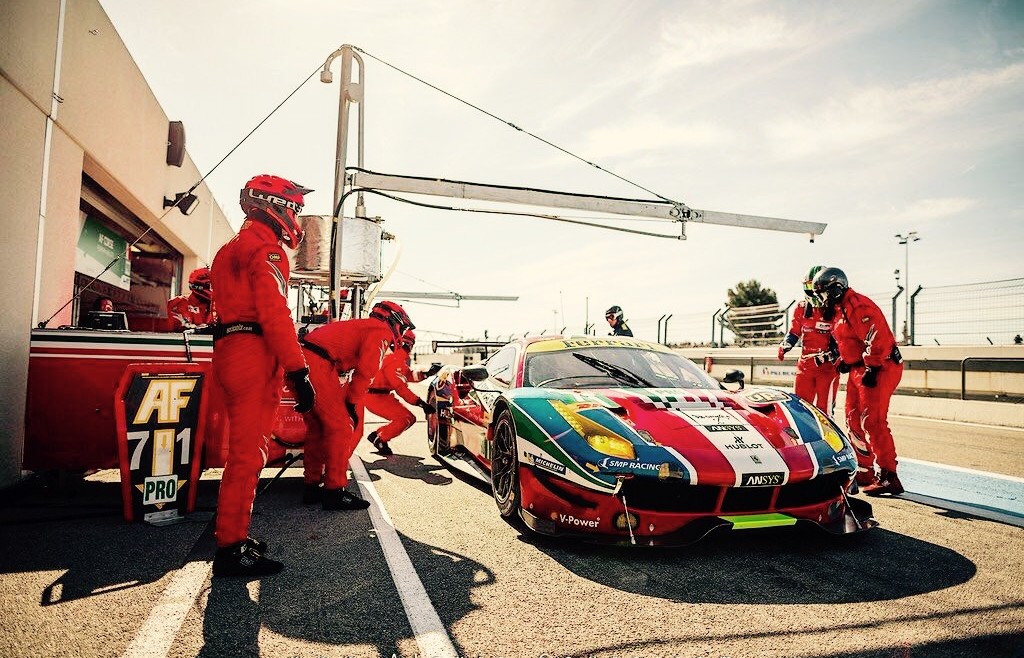 I had a pretty intense test session here at Paul Richard. Everything was perfect, even if we know all the competitors are careful to stay in the shadow in this occasion, before the big start at Silverstone. Anyway I had the chance to try our 488, which is important for the Championship. I have pretty good… 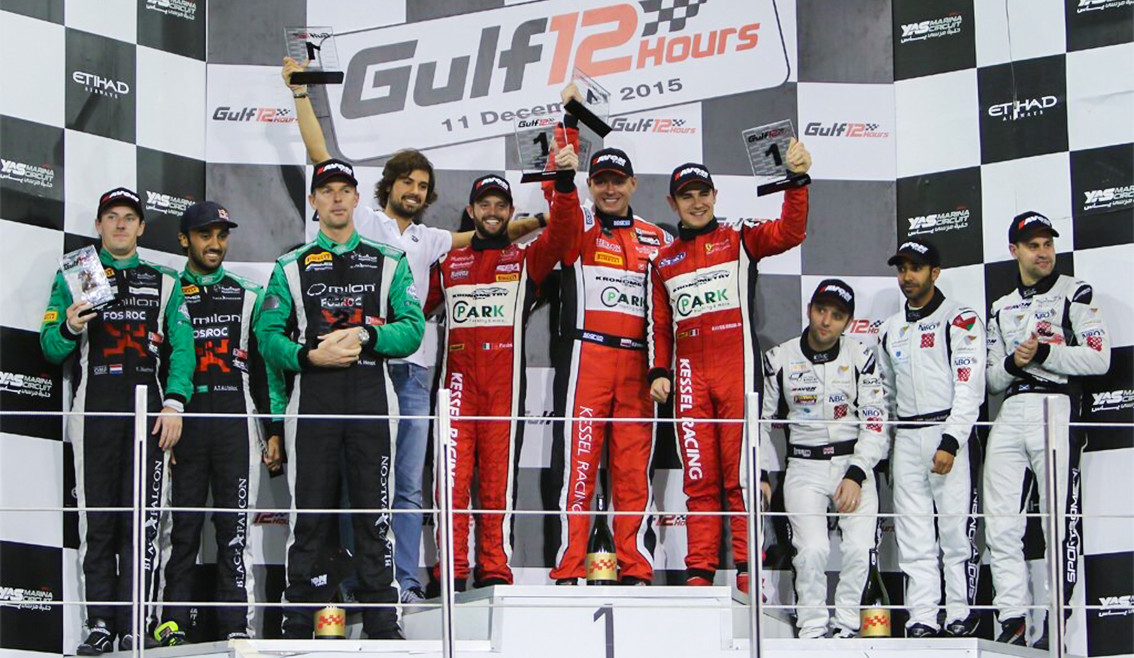 Gulf 12 Hours: Got the Victory! 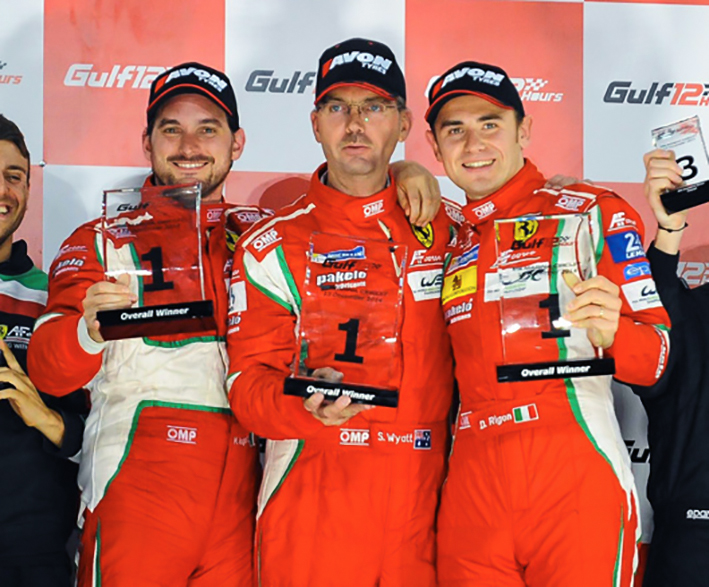 Gulf 12 Hours: get ready for another victory?

After the great victory of  “Gulf 12 Hours” last season, Davide is again part of the team Kessel Racing at Yas Marina Circuit. The season on FIA WEC ended not very well, anyway with a good forth placement of the Championship. This race with Kessel Racing could be a good occasion for Davide to get… 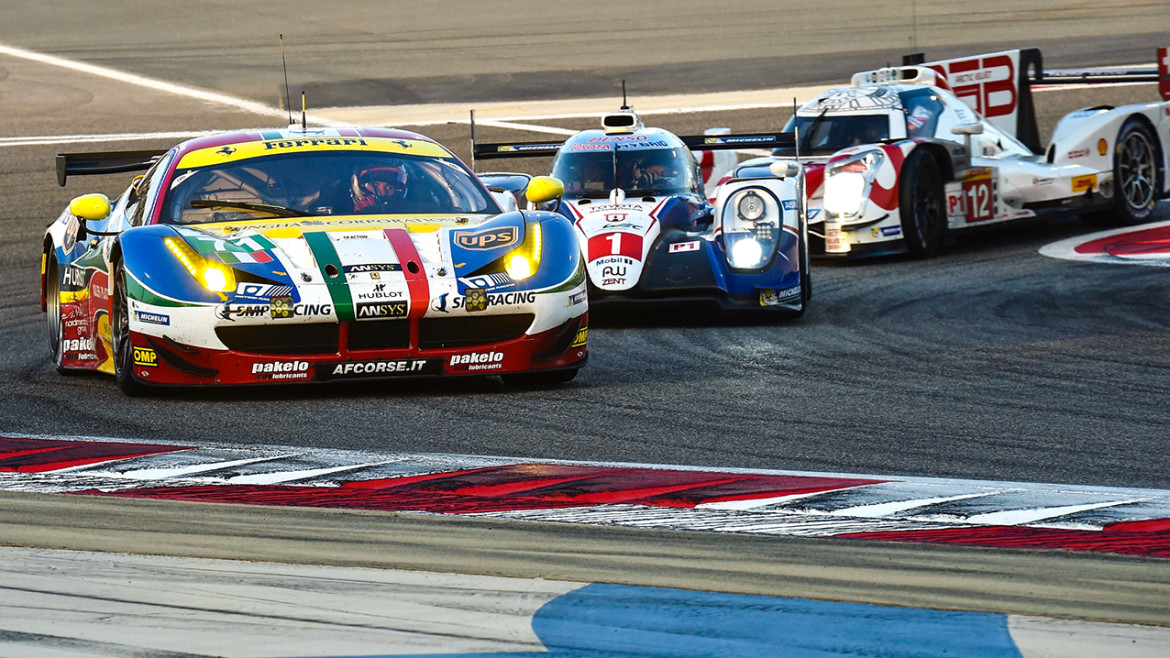 The entire weekend was full of dramas for the Anglo-Italian duo, Davide’s best time (1.58.020) was not enough to catch up the title. The race of  Davide Rigon and James Calado, was affected by bad luck. Calado started fast from the 7th position on the grid and the #71 gained the podium positions. The third… 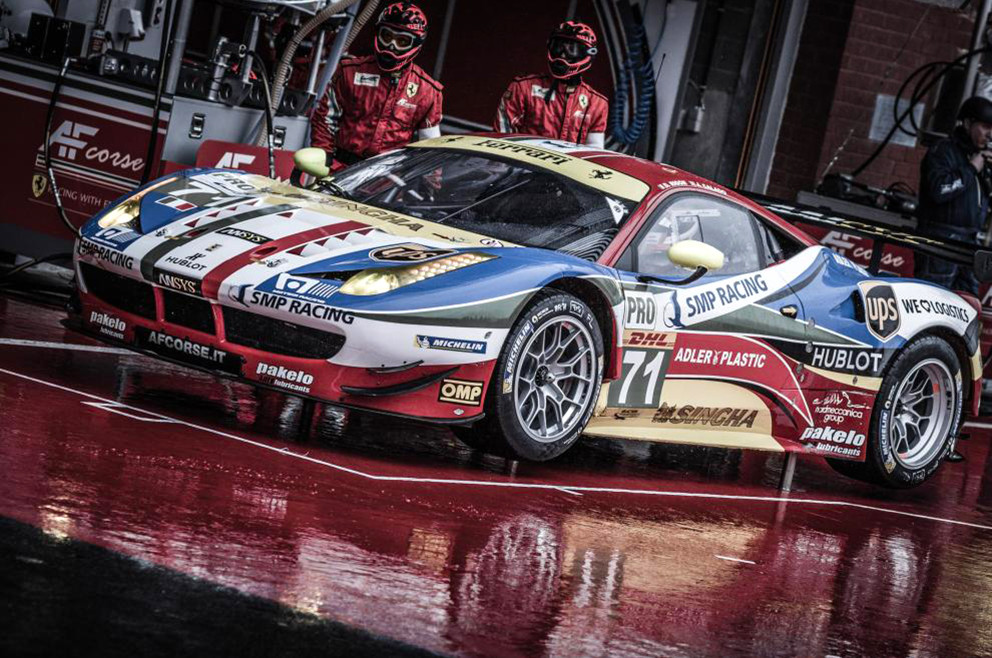 Second race in the FIA World Endurance Championship (WEC) 2015, the 6 Hours of Spa-Francorchamps. Frustrating day as a series of external factors impacted severely on the performances of both cars and drivers alike. Davide Rigon and James Calado in the #71 Ferrari were involved in a mid-race collision and, at the end, they finished… 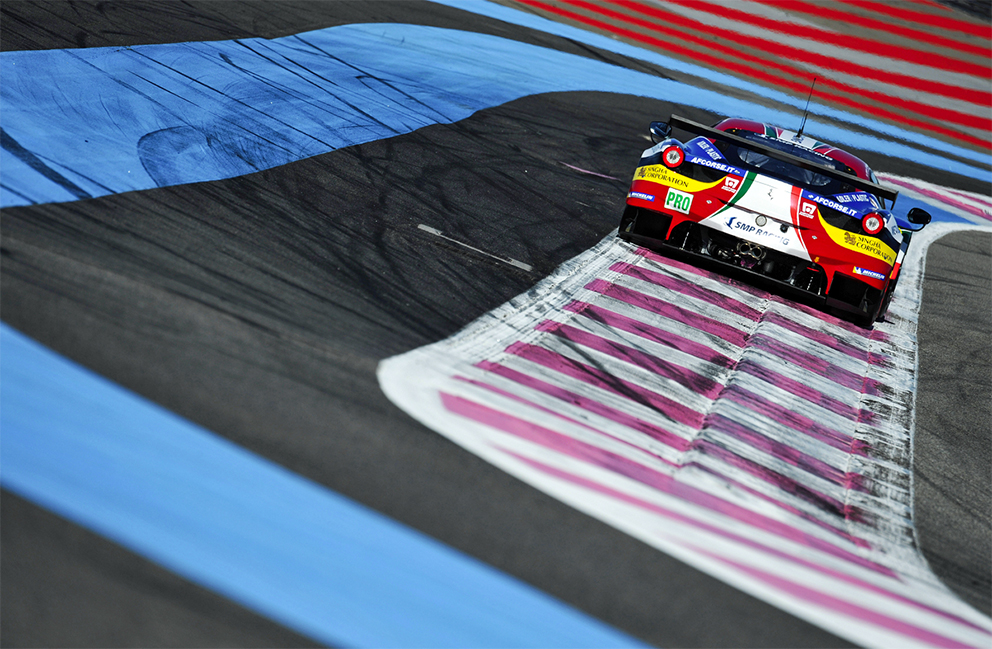