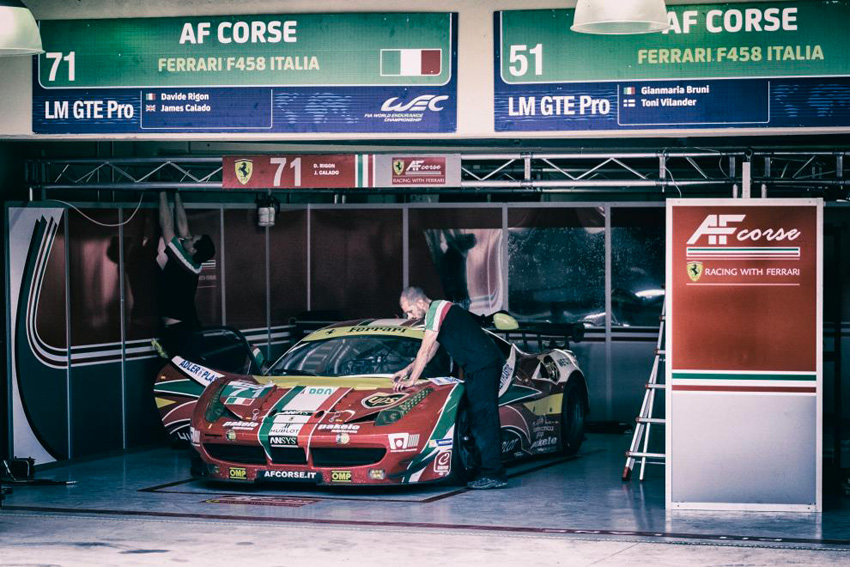 In Brazil for the Constructors title

“In Sao Paulo the target is only one: to win the Contructors title for Ferrari” these are first Davide’s words, flying to Brazil where there will be the last race of the season.

Rigon, with his team mate James Calado and their Ferrari 458 #71, will be at the start thinking about the last three podiums in Japan, China and Bahrain. Thanks to those 3 placements he is at the 6th place of Drivers chart GTE Pro. In Sakhir AF Corse celebrated 2 titles, the World’s Champions Bruni and Vilander and the Team World’s Champions. Ferrari is leader of the Constructors Championship with 261 points.

“I really like Sao Paulo’s track, old style track with differents up and down. The asphalt is new, that it’s great to have fastest laps. During this days we worked hard preparing this last important race. We are ready to close the season in the best way. We won the first 2 titles two weeks ago, now we are ready for the 3th one. It will be not easy at all, but once again I have the experience I did last year on this track”.

Here at Interlagos circuit, Davide signed his debut on a World Championship with a second place.