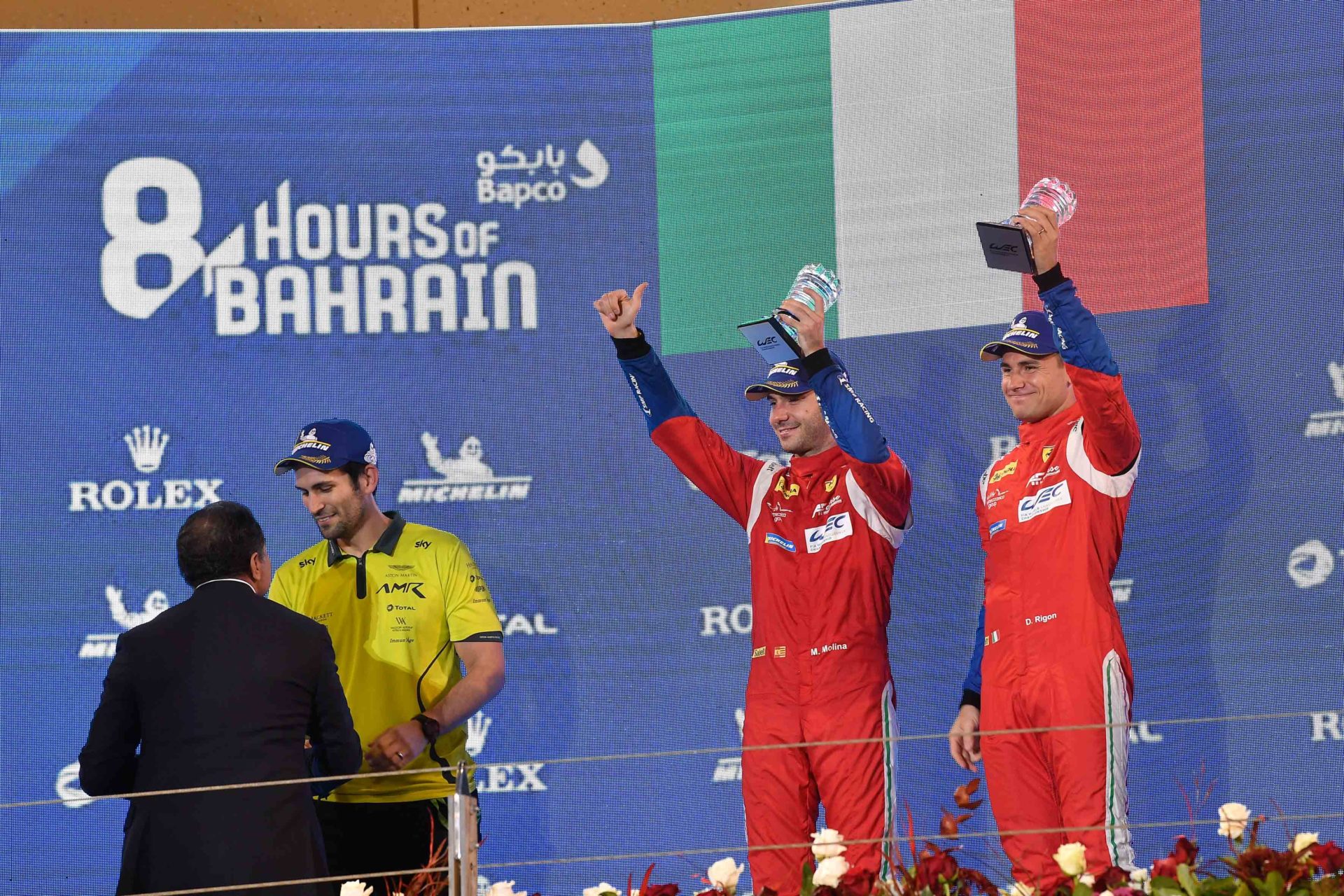 Rigon takes Ferrari to the podium. Second place at the 8 Hours in Bahrain

Davide Rigon: “It was a good race, and I believed in victory until the end. In the last hour, some small setbacks stopped us winning. Firstly, we were unable to start the car immediately at the end of the stop, losing a few seconds that we then recovered. Then in the restart, the slight skidding of the rear tyres was, in my opinion, excessively penalised. The stop&go was harsh because we were faster and with fresher tyres than the Aston Martin that won. We had a perfect strategy, and I want to thank the team for all the pit stops. I’m happy with my performance and also with Miguel’s driving, although right now I don’t know if I’m happier about a podium finally achieved or disappointed over a lost win due to an excessive penalty”.