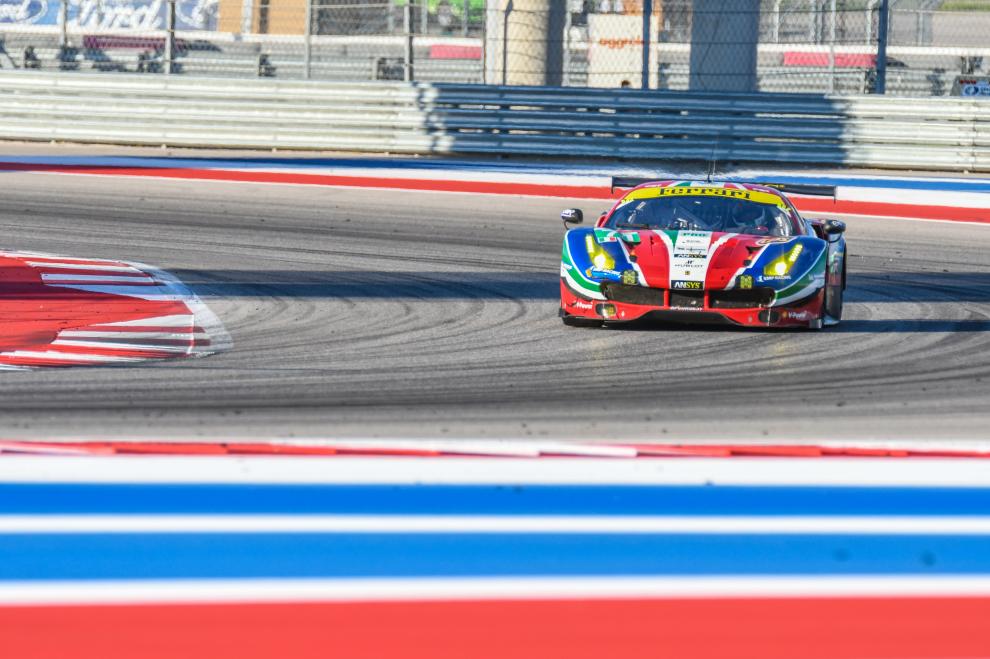 A real tought fight here in Texas. We had a pretty good start considering how much the Aston Martin was fast, I tried to catch up them, but they were way too fast, anyway I was doing pretty good staying in the second position. We didn’t have any issue on the car, but during the second hour we were too slow, so we lost positions founding the fourth place.

I was back in the car on the third hour, we changed the tires waiting for the night part with 50 degrees on the track and 37 degrees outside, very hot weather. I was going well catching the third position. During the next session, we were still too slow even if we didn’t move from the third position, the Ford was very close so in the last hours of the race I started to fight so hard, pushing as much as I could to keep going and finishing on the podium.

And we did it, we got the podium and very important points for the Championship. Now we have to stay focused on the next one, the 6 Hours of Fuji is going to be the race where we have to get a victory and I’ll do my best to make it happen. The Championship is still open!