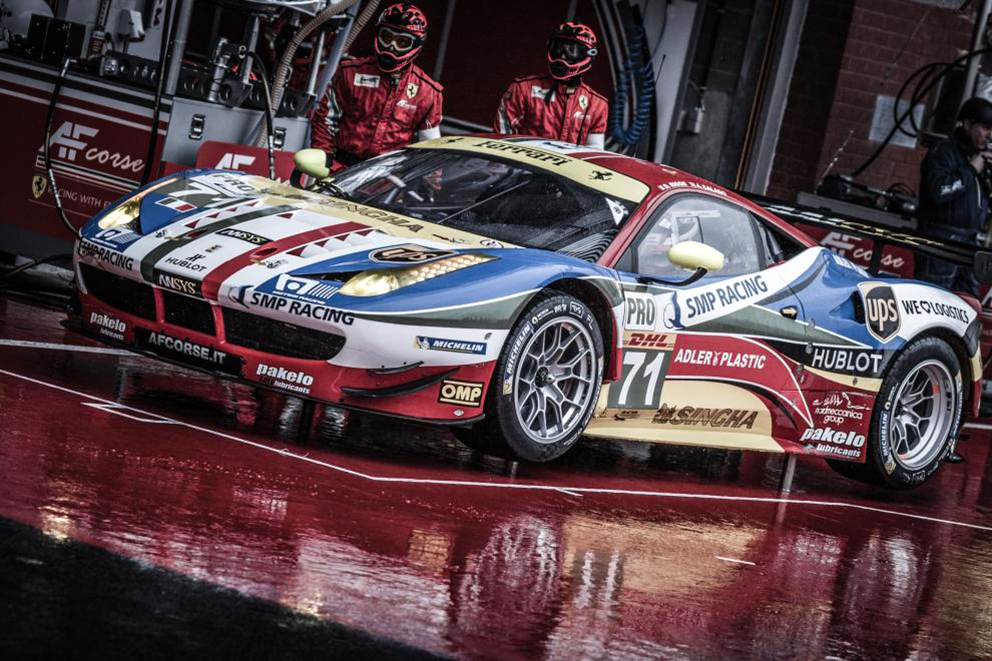 http://www.daviderigon.it/2015/wp-content/uploads/2015/05/PitStop.jpg 992 661 davide davide http://0.gravatar.com/avatar/6960afa24e80f8b77655c5ee635bc50e?s=96&d=mm&r=g 5 May 2015 5 May 2015
Second race in the FIA World Endurance Championship (WEC) 2015, the 6 Hours of Spa-Francorchamps. Frustrating day as a series of external factors impacted severely on the performances of both cars and drivers alike. Davide Rigon and James Calado in the #71 Ferrari were involved in a mid-race collision and, at the end, they finished 7th.  The reigning AF Corse Ferrari world champion, the 458 #51 driven by Gianmaria Bruni and Toni Vilander, paid dearly for a pit-stop problem that turned into a disastrous penalty that sent the duo to fourth place in the final standings.
“Unfortunately it happened the unexpected. We were in a great moment. Our race was going really well, and like at Silverstone we were battling with first positions. At the Bus Stop there was a misunderstanding with Porsche’ driver. I was sure he was watching me, but at the last moment he closed the door. I braked all I could still finishing spun slightly and ruining the bumper. Therefore I decided to change the tires and to check the car, then I had the penalty, 5 seconds stop & go for “having touched the white line of the pit-lane, which was decisive for our race. It was a shame for me, we were going very well and there was the possibility to get a good result. Now we are thinking about the 24 Hours of Le Mans, the big match which applies all the season“.
The World Endurance Camphionship is stopping for a while to wait the queen of the races, the 24 Hours of Le Mans on June 13th.