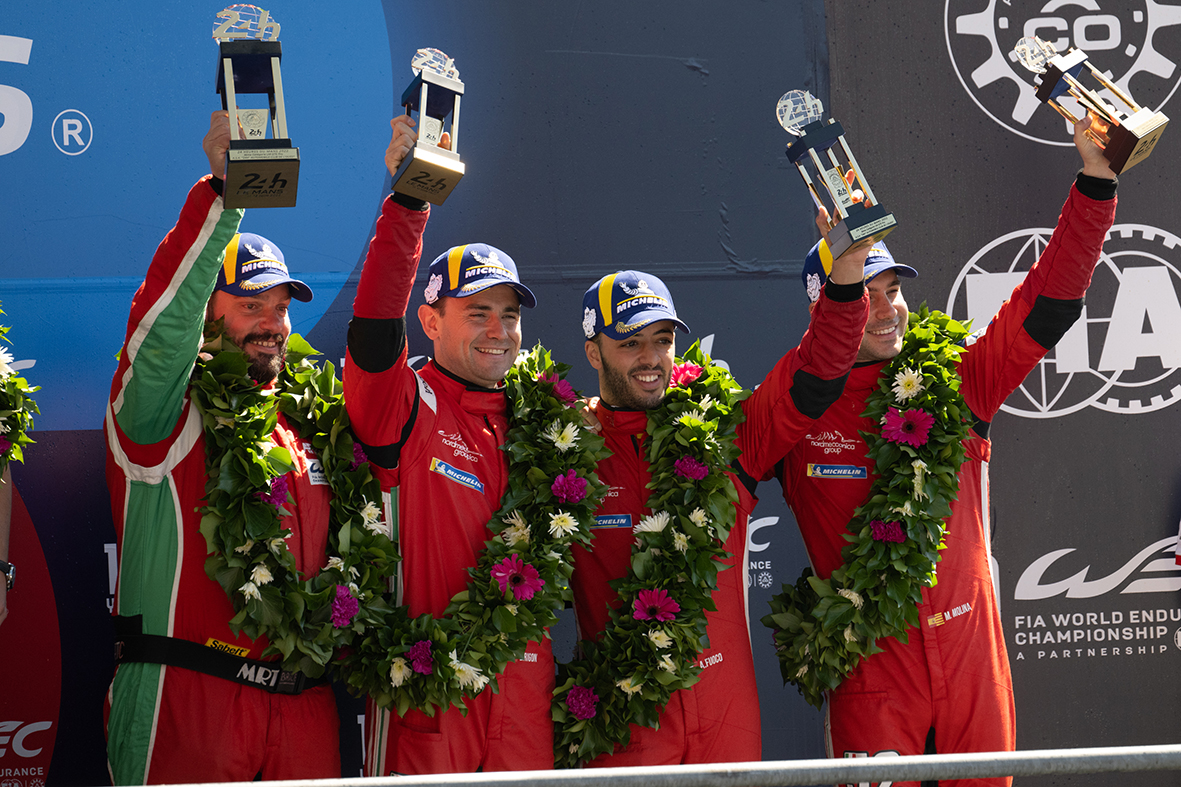 DAVIDE ON THE PODIUM WITH FERRARI IN LE MANS

From the success of Paul Ricard to the podium at the 24 Hours of Le Mans. It was a week full of emotion and success for Davide Rigon. At the wheel of the AF Corse Ferrari 488 GTE, the official Ferrari GT Competizioni driver conquers the podium in one of the most important races in the world in the endurance scene, also valid for the third round of the world championship.

An unexpected result, the one conquered by the cars lined up by the Piacenza team, in the light of a Balance of Performance that left little room for optimism on the eve, even after the small power adjustment without this being followed by an increase in tank capacity. . Being able to carry only 87 liters of fuel on board compared to the 98 of the Corvette or the 102 of Porsche, the Ferrari crews focused on the great efficiency of the 8-cylinder, on the strategy, on the talent of the drivers and the precision in all interventions in the pits during the stops that punctuated the race to remain in contention for the top positions. Davide Rigon, paired with Fuoco and Molina on car number 52, was the protagonist of a very convincing performance in the various phases of the race, even after the puncture that penalized the crew beyond measure, which was decisive for a second position which was at the their reach.

Davide Rigon: ““It really has been a long and intense week here at Le Mans, and it’s still a dream to be here. When we set off, we didn’t expect to achieve such a good podium finish with a second and a third place. It’s the fruit of the team’s extraordinary work. I sincerely thank all the Ferrari men who worked so hard to achieve this result, the engineers and my teammates, Miguel Molina and Antonio Fuoco. We did our best. In the night, during Miguel’s stint, we suffered a contact that meant we lost ground. This prevented us from fighting for the win. We were really strong at night, less so during the day, but we had a lot of fun here at Le Mans. It is extraordinary: I am happy and proud of the entire Ferrari team”.”.