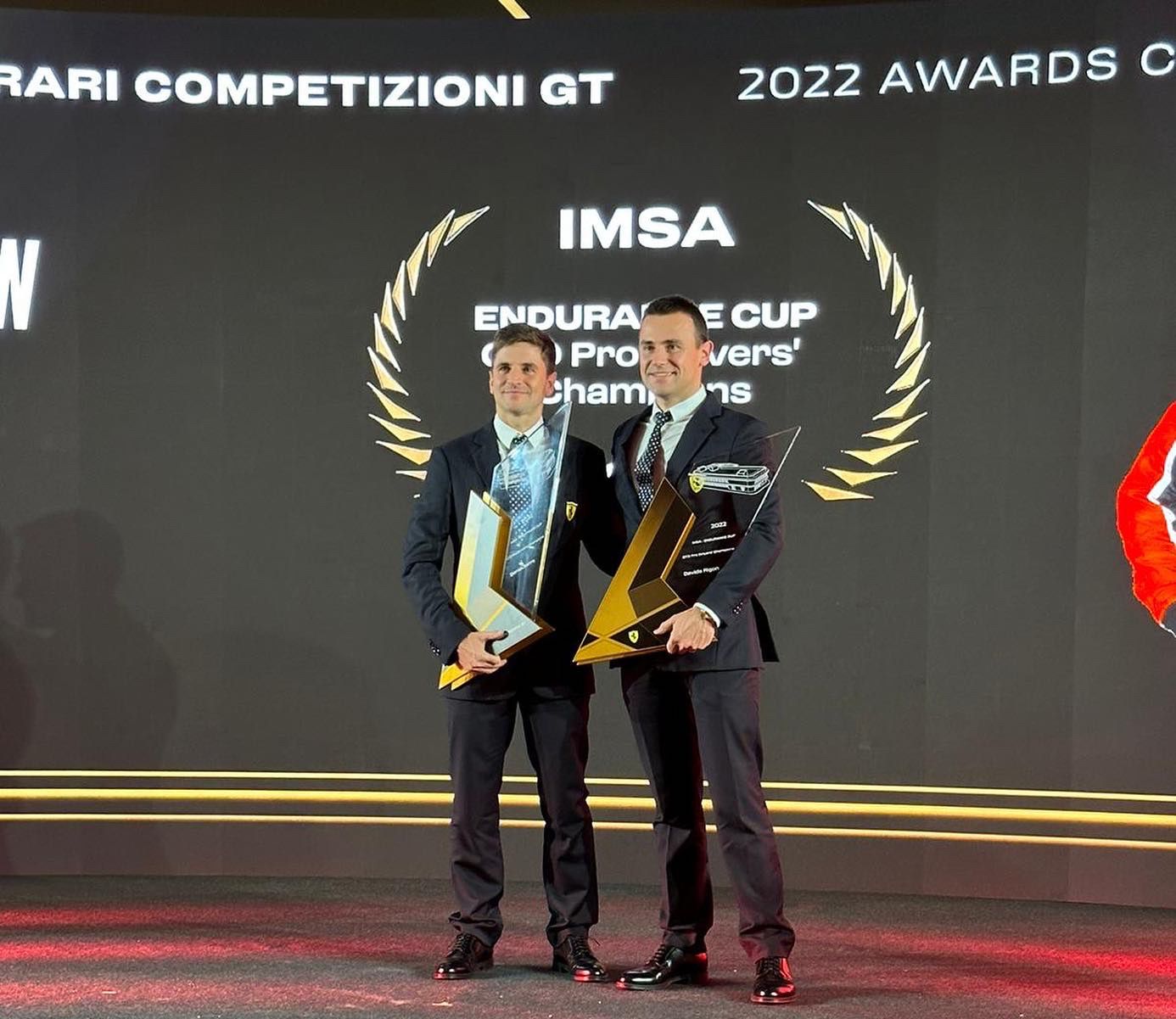 For the season finale Davide Rigon has already arrived in the Middle East, on the Yas Marina track in Abu Dhabi which will host the eleventh edition of the 12 Hours of the Gulf on Sunday 11 December. A race that he knows very well having already celebrated five successes.

The official Ferrari driver will be at the wheel of the Ferrari 488 GT3 Evo 2020 with which this year he won the GTD Pro title in the IMSA Endurance American championship, third place in the GT World Challenge Europe and third place in the 24 Hours of Le Mans, contributing to the conquest of the constructors’ title for Ferrari in the FIA WEC World Endurance Championship. For Davide these will be the last kilometers at the wheel of the “488”, given that from next year he will leave the baton to the innovative Ferrari 296 GT3, whose debut is scheduled for the 24 Hours of Daytona.

In recent months, in addition to his official commitments on the track, Davide has also been involved in the long development program of the brand new Ferrari 499P, with which the Maranello company will try to win the premier class in the world endurance championship, fifty years after the last participation. At the same time he also divided his “efforts” on the Formula 1 simulator, preparing the F1-75.

“It has been a season full of commitments, both on and off the track, but which has been able to give both me and Ferrari very important results such as the title in the IMSA American championship, one of the main markets for Ferrari, and third place at Le Mans. Like my colleagues, I had the pleasure of being able to work on the development of both the Ferrari 296 GT3 and the Ferrari 499P, ready for their debut next season, without forgetting the hours in the F1 simulator,” comments Davide Rigon.

The 12 Hours of the Gulf will get underway on Friday 9 December with four free practice sessions, followed by qualifying on Saturday 10 December which will draw the starting grid made up of 36 GT3 cars from the main car manufacturers, with the start scheduled for Sunday 11 (race broadcast in free live streaming via the track’s social and YouTube channels).

“I’d like to give the Ferrari 488 one more success. Per would be the sixth seal at the 12 Hours of the Gulf. It will be an important challenge because the entry list is very competitive, both in terms of riders and teams” concludes Davide.