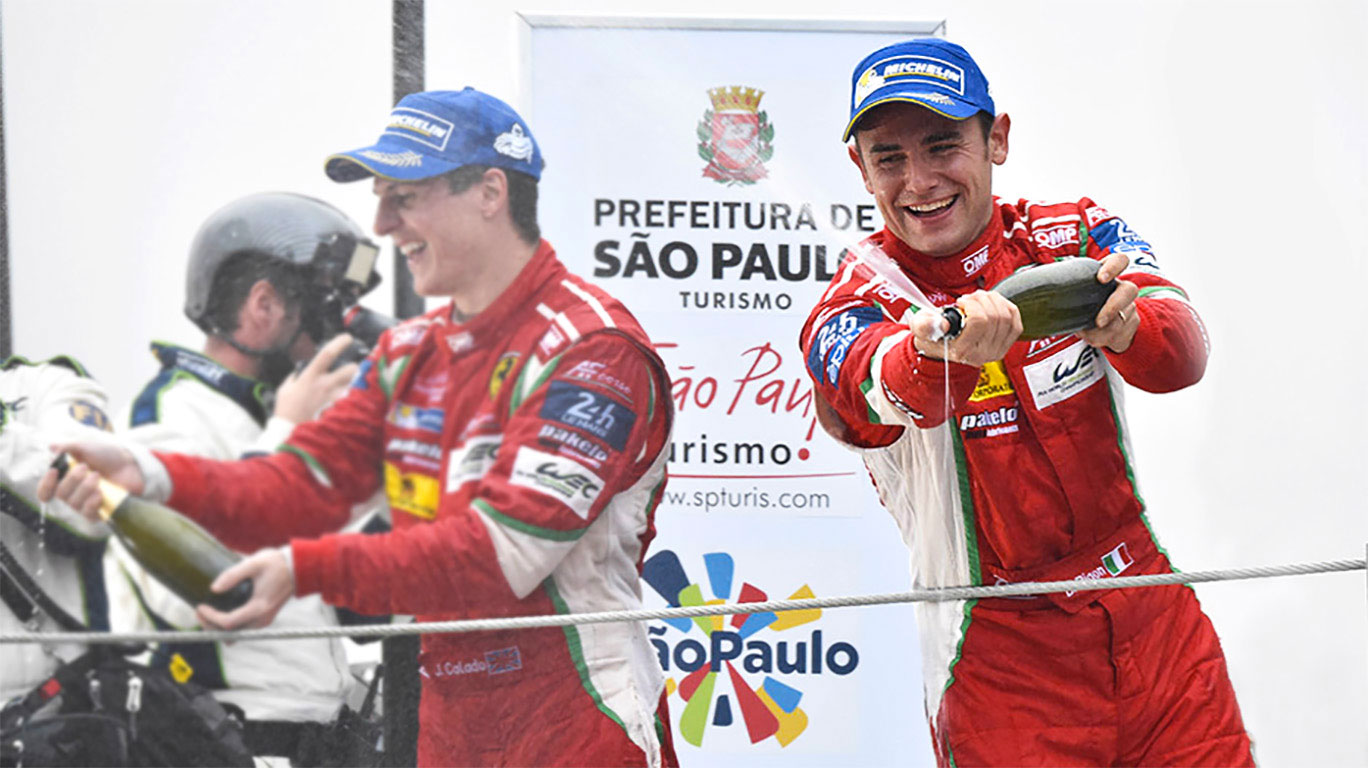 2015 marks the start of yet another season for Davide Rigon as he sets forth as one of the pilots to watch during the FIA World Endurance Championship.

Davide will once again take the wheel of his Ferrari 458 Italia GTE and, along with his teammate James Calado, put forth his best effort towards victory race in and race out. The pair will share the box with colleagues and friends Gimmi Bruni and Toni Vilander.

This season represents quite the challenge as it will not be easy to repeat such a positive year. Davide and his teammates must work diligently and apply their skill and passion towards defending the Constructor Title and best Team title.  Davide, his car and the Amato Ferrari staff will be put to the test over the next seven months but will surely be ready to perform come race day. The season kicks off on April 12th at the Motor Sport Circuit of Silverstone, then on to Belgium at the Spa-Francorchamps 6 Hours. The third stage takes place in France at perhaps the biggest endurance event of the Calendar: Le Mans 24 Hours (June 13-14). Following France the big show moves on to Germany at the Nurburgring 6 Hours (August 30) which is a new race this year. The schedule then sees the team cross the Atlantic to race in Austin, Texas before traveling even further east to Asia, Japan and China. The season will be decided however in November at the Bahrain race track.

“I am very excited about continuing my adventure in the FIA World Endurance Championship with Ferrari and AF Corse. I will take to the track with more experience and even more enthusiasm and surely my results will show accordingly. I have a great relationship with both my engineers and James and cant wait to repeat last year’s success…and hope to improve even further. The aim goal for next year is to defend the Constructors Title for Ferrari in addition to taking the Team Championship once again”, said Davide Rigon. “My personal BIG DREAM? To win the Driver’s World Championship.”

Everything will start with group tests and the first appointment will be at thePaul Ricard track for two official test days.

The biggest news for 2015 at the moment is the completely redesigned and recently launched Davide Rigon official website ( www.daviderigon.it) along with an all new logo that better represents Davide’s character and his Italian heritage. On the new website fan’s can stay up to date with his season’s results in addition to taking look at images from races in the past in a new and more complete photo gallery. “I am very happy to present a new website and give my fan’s a place where they can find everything they need to keep up with me and my racing career. I hope to be able to continue filling it with more victories and successes so we may be able to celebrate together! The new season is coming closer…I’m ready to go!”