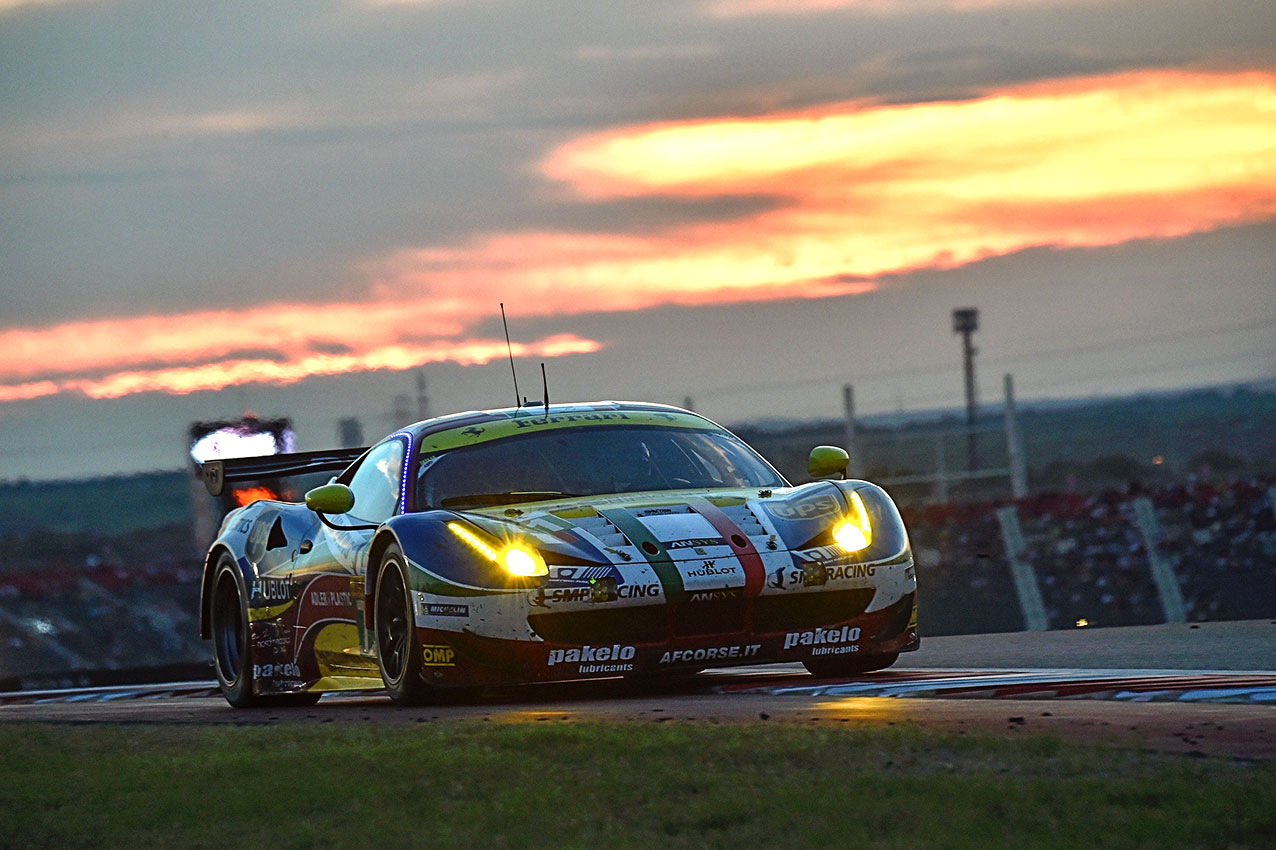 Another podium finish in GTE-Pro category for Davide Rigon and AF Corse Ferrari 458 Italia under the chequered flag of the “6 Hours of the Circuit of the Americas” (Austin TX), fifth round in the FIA World Endurance Championship (WEC).

Davide Rigon and James Calado, in the Ferrari 458 Italia #71, took the third step on podium in the GTE Pro category at the end of a race in recovery (they started from position 7 on grid). At three rounds to go, Rigon and Calado are second with 87points in the GT Drivers Cup.

The weekend started very well for Davide, very fast during the free sessions on friday, but the qualification was not as they expected, only position 7 on the grid. Davide had a really good start during the race, position 5 until James get in to the Ferrari #71 taking the position 4. The podium arrived after Davide’s last session, a good result for them and the team.
In the Manufactures GT, Ferrari is first with 187 lengths.

“Another good podium to still have the position 2 in the GT Drivers Cup. Unfortunately we have more gap with the Porsche. I’m happy about my race and I’m sure we are going to fight for the first position in the next rounds. The victory it will be our goal”.

The next race of the FIA WEC will be at Fuji (Japan), October 11th.