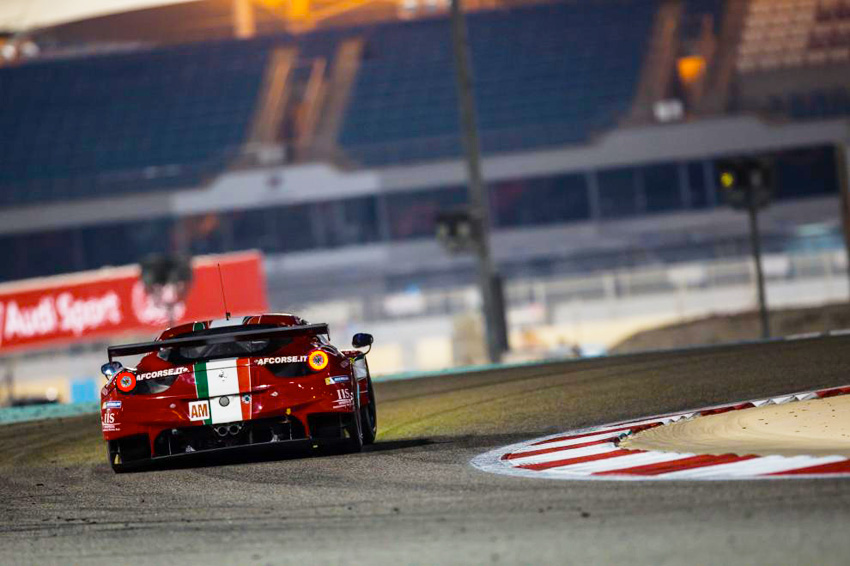 Another podium for Davide at 6 Hours of Bahrain

And 3… I mean, 4. For the third time Davide, with his team mate James Calado, was protagonist, driving his Ferrari 458 GTE Pro. It’s the forth podium with one more race on calendar.

Since the start Davide and James were in the first positions on the Bahrain circuit, with them Ferrari #71 and Amato Ferrari’s team.
After 2 free practice sessions, they took the 3th best time, using the hard tires, behind the Ferrari #51 Bruni and Vilander ‘s car. The 6 Hours race was pretty hard since the first turn with Porsche and the high temperatures. Davide and James switched their rounds with any problem, also during the darker part of the race. They finished  the race with another podium, thanks to Ferrari and the AF Corse team and their experience. “We are very happy for this placement, we have more points for the Constructors title and the Driver World Championship” said Davide Rigon. Thanks to this 3th place there are 15 more points in the Drivers chart and a 6th placement on the Top six drivers. “We were happy of our time during the race, we were worried about our choise using the hard tires. The Porsche pushed us all the race long, but after few laps, my tires started to work perfectly so we were faster. During the first stint the Safety car was on the track and we lost time. Anyway, the podium is a good result for us here in this important race”.

Double victory for the AF Corse team celebrating also the Victory of the Team and Drivers World Championship with Bruni and Vilander.
“It was a great week end for all of us. AF Corse won the title and Bruni and Vilander are the World Champions”. For the team from Piacenza, this is the 3th title in 3 seasons.
Ferrari now has only to win the Contructors World Championship, it’s a mission that they have to catch up in the last race of the season in Brazil. “After 15 days we have to race again in Sao Paulo. I want to give to Ferrari the Contructors title” commented Davide. Thanks to this other results Ferrari is the leader with 261 points.