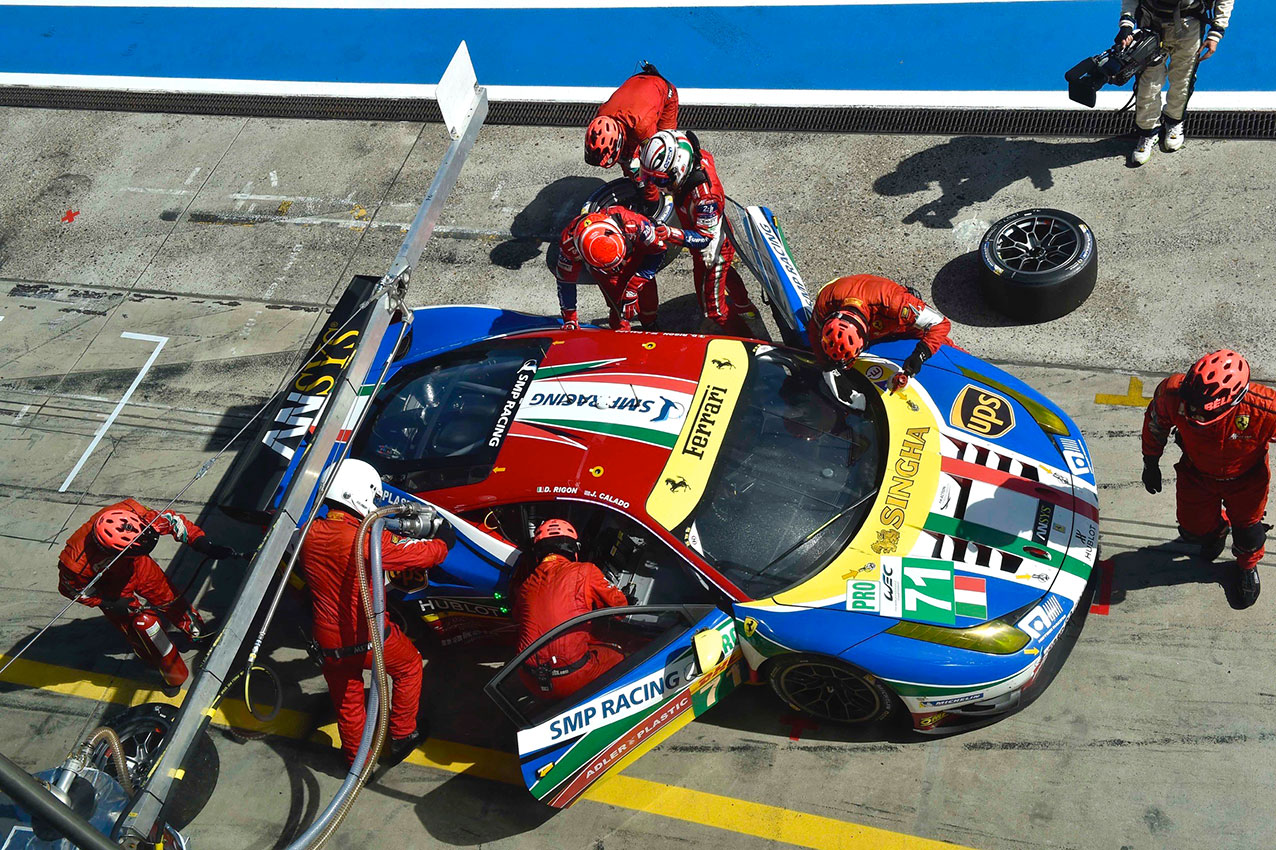 New Podium at Nurburgring, fourth race of the FIA WEC

A third podium finish for the AF Corse Ferrari 458 at the 6 Hours of Nurburgring, fourth seasonal round of the FIA World Endurance Championship (WEC). Davide Rigon and James Calado finished in third spot in their Ferrari 458 Italia #71.

In the GT Driver Championship, Rigon and Calado are second with 72 points, one less than Lietz (Porsche).
A really good result for the team and the drivers who had a good feeling with this track since the qualification where they been very close to the pole position.

Just a problem for James during his stint, when the Porche #92 crashed into the Ferrari #71. With the pit stop, Davide went back to drive changing one tire after the explosion and he finished the race at the third place.

“We are not completely satisfied about our result. The third place is a good position to have points for us and the team, but we lost a good occasion to be on the top. We were very fast for all the weekend, but the crash with the Porschehas compromised our race. We did a really good job, so this is a good point for the rest of the season. We will try to won at Austin, a very beautiful and hard race.”