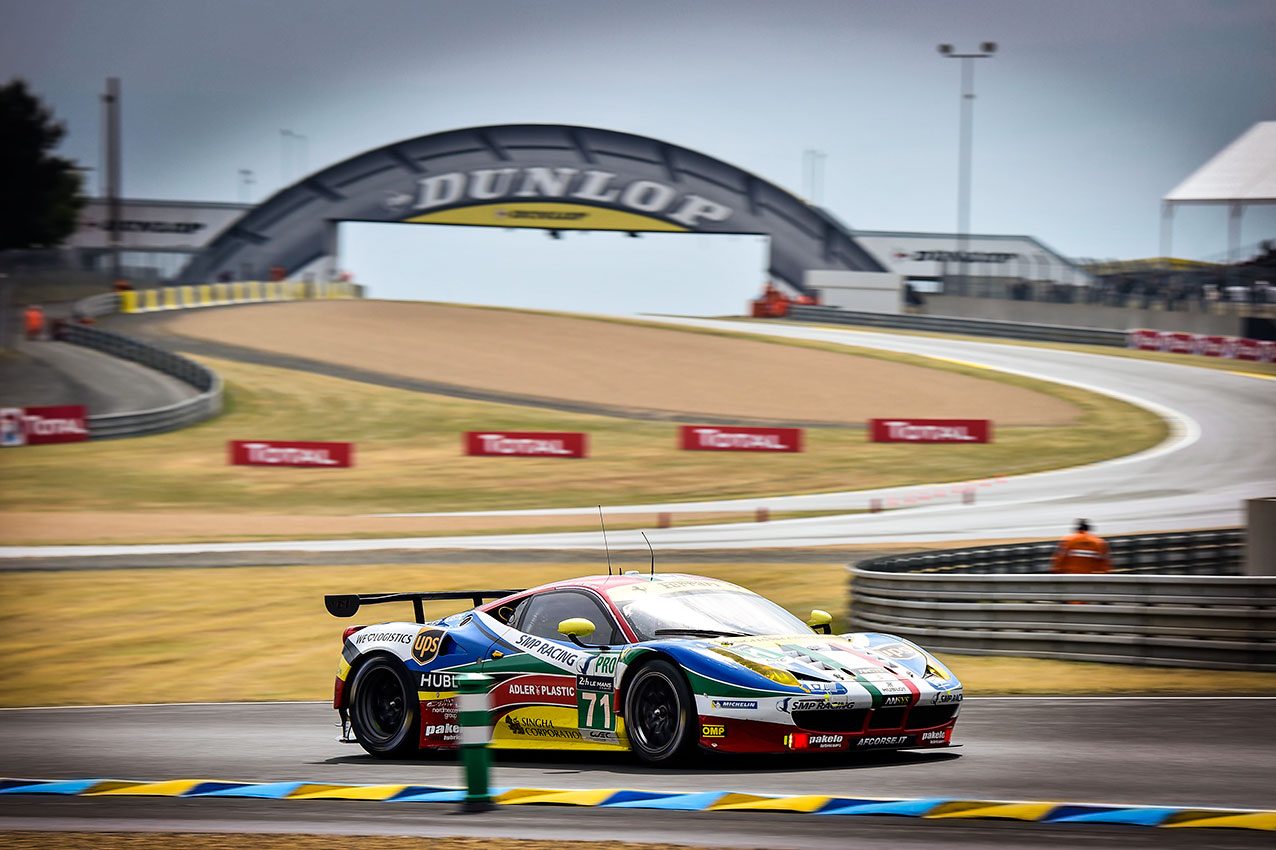 Davide at Spa for the Blancpain Endurance Series

From July 24 to July 26, seventhy teams will be on the grid to start the 67° edition of this 24 Hours, a Blancpain Endurance Series race. In this occasion a professional driver will be Davide’s team mate. Davide is going to be back in a gorgeous scenery called Ardenne after the victory on 2008 (FIA GT Championship) and other experiences in 2012 and 2013.

“24 Hours of Daytona, 24 Hours of Le Mans and now the 24 Hours of Spa-Francorchamps. The biggest international endurance races. I’m always excited to race here in Spa and it’s much better after my second place at Le Mans. Spa is my favorite track, a pure adrenaline rush.
I’m happy to race in this series waiting for the FIA WEC (next race is on August 30 at Nurburgring circuit). As usual the 24 Hours is always a surprise, anything could happen.” said Davide Rigon

Meanwhile, Davide is continuing his training with his other big passion: Cycling. Last week he was on the Dolomite mountains for the “Dolomites Marathon 2015”, riding 106 Km with an altitude gain of 3130 m, in 4h48’.