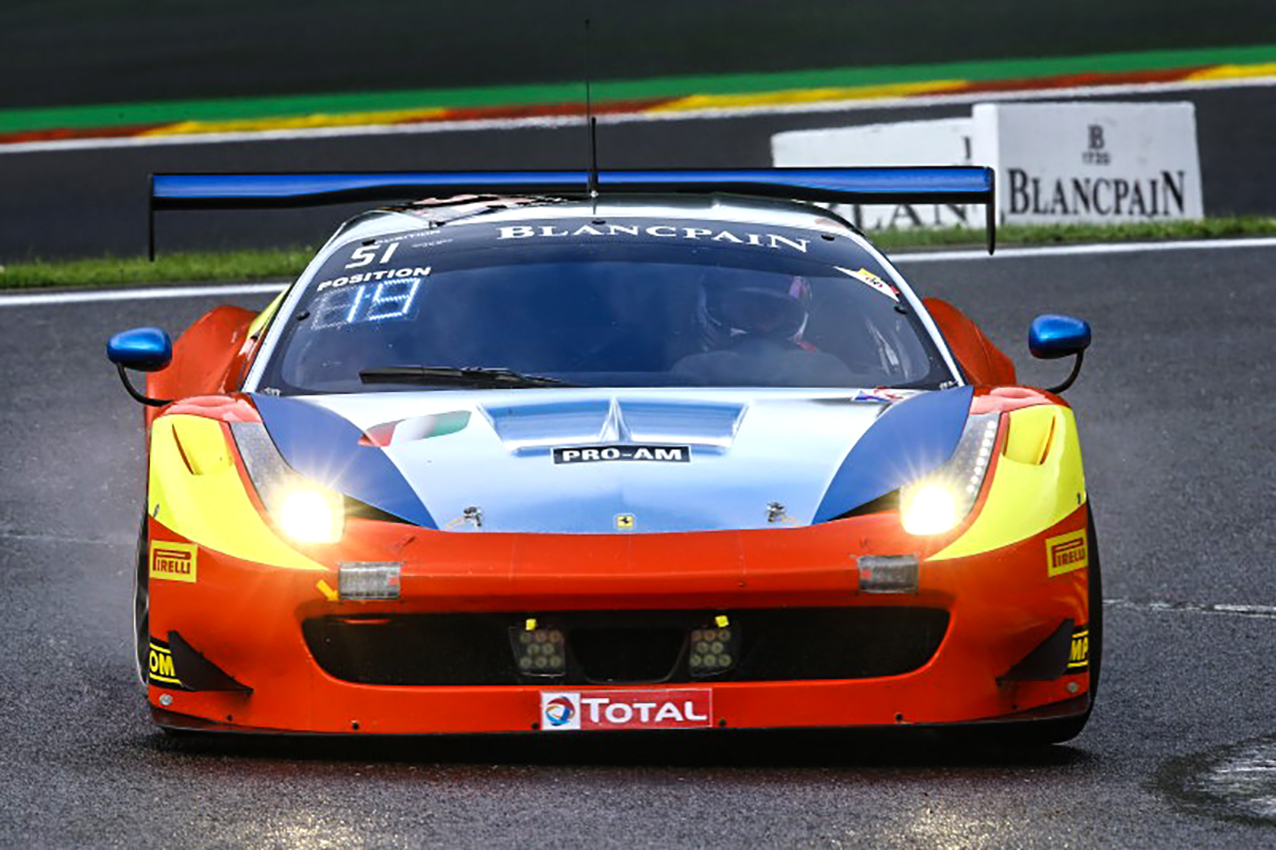 These past few days was very emotional for Davide. First the lost of his friend Jules Bianchi, then the “Total 24 Hours of Spa” and now the tests at Nurburgring. Another second position for Davide among the PRO AM cars, with Duncan Cameron, Matt Griffin and Francisco Guedes in the AF Corse Ferrari 458 Italia # 51. These drivers raced in this Belgian round of the Blancpain Endurance Series for the top positions, scoring a new high level performance. Thanks to this result and the 9th hours where Davide was driving the #51 car, Cameron and Griffin won the PRO AM Cup Drivers title.Davide dedicated this podium to his friend Jules Bianchi.“This podium is for Jules. It was a very intense race and I’m very happy about our result. I didn’t have any problems and our mechanics and all the AF staff were fantastic as usual. With the rain we were very strong and our Ferrari 458 was incredible, no one problem.” said Davide RigonNow it’s time to think about the next race for WEC Championship. Davide is testing his Ferrari 458 GTE on Nurburgring track, where he will be racing next August 30th.

“After Le Mans, James and me are at the second place overall, so we want to try to win the title!” commented Davide