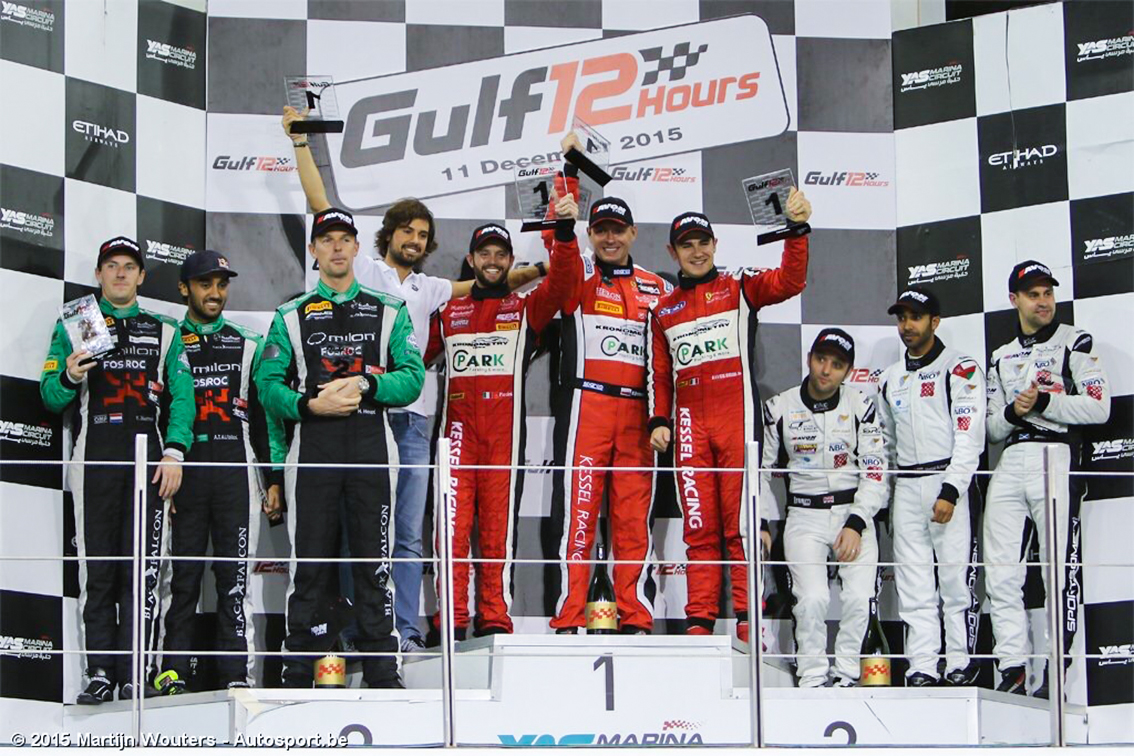 Gulf 12 Hours: Got the Victory!

Davide took a great victory at the Gulf 12 hours!
It’s the second consecutive year for the italian driver, which won also the 2014 edition.

Kessel Racing took overall victory with the #11 Ferrari driven by Michal Broniszewski, Giancomo Piccini and our favorite driver Davide Rigon at Yas Marina Circuit with 301 completed laps.
Starting from the 4th position, the team dominated the race since the beginning. Davide drove 5 hours to get the decisive victory. From the start to the final six hours of the Gulf 12 Hours, Kessel Racing had a great fight with both Black Falcon Mercedes SLS. The Mercedes-squad were at some point running in a nice one-two. But the glory of the day goes to Kessel Racing for putting in an outstanding performance across all 12 hours of the race.

“We have had a really tight race this morning and it is great to carry all the hard work into a win. We were lucky, because I saw the other car crashing and I tried to avoid it. It was the right choice to stop the race even so it is a shame to end it like that, because we really enjoyed ourselves today. Big thanks to Kessel Racing and my team-mates for doing a great” said Davide Rigon.