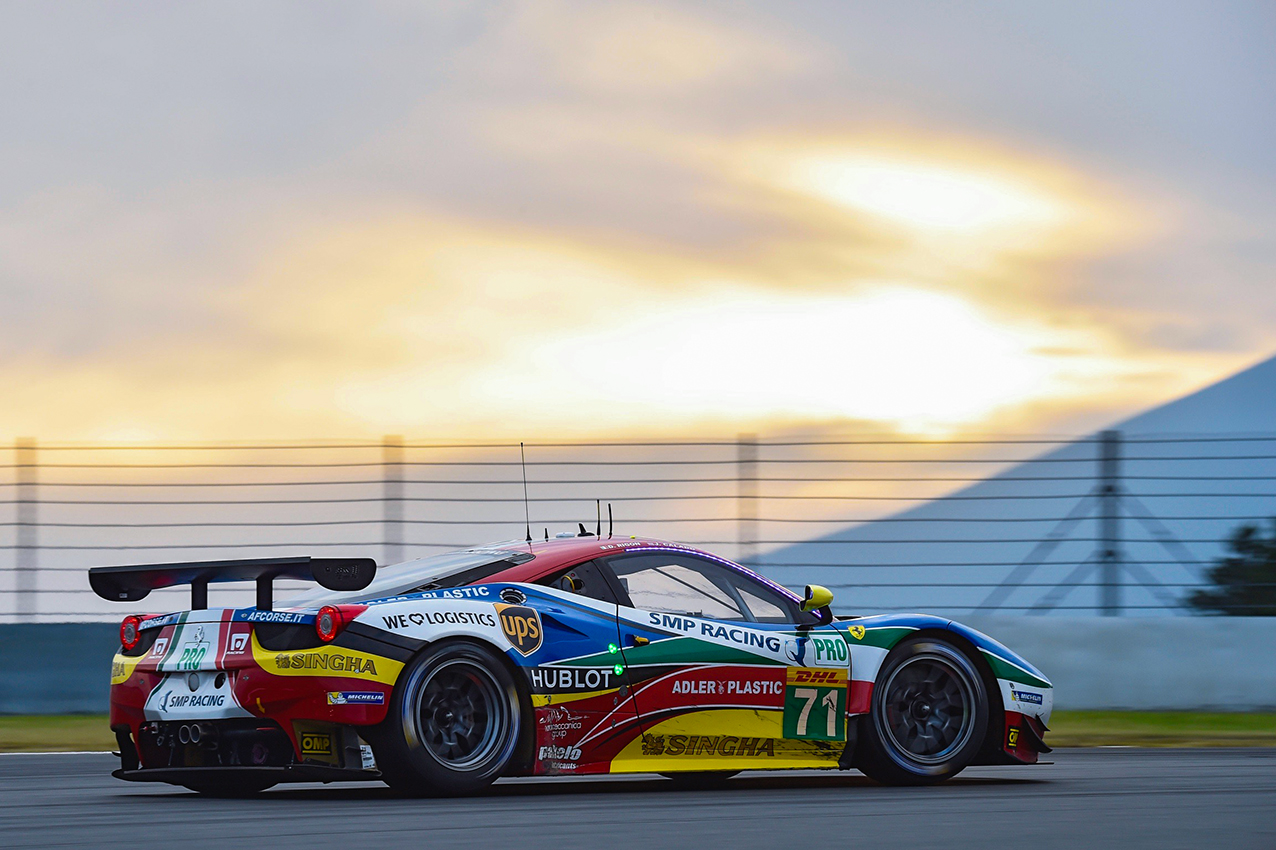 Third place for Davide Rigon and James Calado in the AF Corse Ferrari 458 Italy #7, in the “6 Hours of Fuji”, the sixth round of the FIA World Endurance Championship (WEC).

Pole Position for these two guys, the first one of the season (1’38’’295). A really good saturday added of a new podium on the race day. Big different was racing with a wet track, the favorites were the Porsche again. After 2 hours and a hal to go, Davide and James decides to switch the tires, to continue the race with the slick tires. Thanks to this decision they got a good third place.
In the GT drivers championship, Richard Lietz (Porsche) is now only 7 points ahead of Rigon-Calado.

“Our first pole position was fantastic. We did our best and the result was bigger than we thought. The rain was a suffering for us, luckely we decided to switch the tires, changing with the slick, so we got the third position. The championship is going to have a surprising end, we have to fix our gap with rain conditions” said Davide

The next round of the FIA WEC will be at Shanghai, November 1st.